And around my neck could be a flaming Christmas wreath,
And I’d be smiling under, smiling underneath.
Ani DiFranco
In the past week I’ve become highly aware of things that make me involuntarily smile. Of course, there are the usual things like seeing someone you love; a child doing something cute; or something that tickles your sense of humour. And then there’s icecream and chocolate (Or does that come under “seeing someone you love”?) But other things too make me grin like a goon, often to myself.
I’ve become aware of these other things that make me smile—ones that don’t necessarily make a lot of sense if you think about the fact that we smile (and produce a myriad other facial expressions) primarily as a mode of communication.
While watering my vegetable and herb garden two days ago I noticed that I couldn’t help smiling whenever I turned to face a plot of dwarf sunflowers growing there. Unlike the other plants in the garden, some of which I’m very proud of, the sunflowers give me a feeling of pure joy which has very little to do with feelings of achievement in growing them because they weren’t exactly a challenge. The seed of these sunflowers were a gift from a friend who is now living interstate and whom I miss terribly so, if anything, they should have prompted a feeling of sorrow but the beauty and colour of the sunflowers overcame anything negative and made me smile to myself, hose in hand. 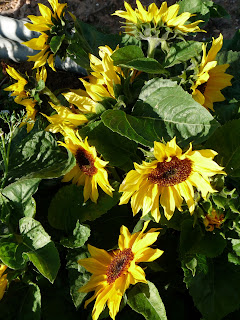 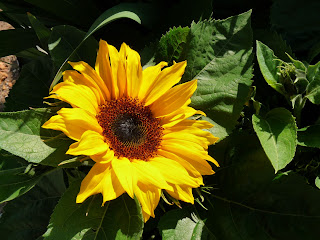 My involuntary smiling at the sunflowers made me more aware of what can produce these smiles and feelings of joy so last night as I was driving home from Melbourne and had come over the Dividing Range into some wetter air I saw a rainbow and it made me smile. The day before I had seen a hot air balloon and it too had made me smile. SOURCE: http://www.portalegypt.com/en/hot-air-balloon/
These things are interesting things to smile at but I think it comes down to how I feel about them. I’ve never been ballooning and I’m not sure that I’m particularly keen to go (although if someone offered me a ride, I wouldn’t say no) but I like the ‘idea’ of hot air balloons—there’s a certain romance to them. And the rainbow? Well, that’s probably a hangover from childhood and the fascination I had with them then. It wasn’t silly stories about pots of gold that caught my imagination, I just liked the colours. 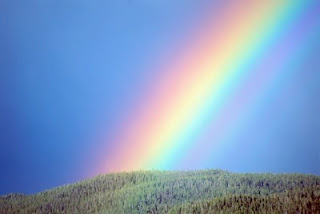 SOURCE: http://rainbow-whirl.blogspot.com/
So, in the interest of smiling more often, I’ve planted more sunflowers in and around my garden and I’m going to keep an eye out for hot air balloons and rainbows.
What makes you smile? 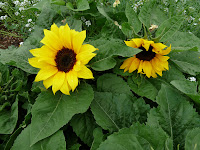 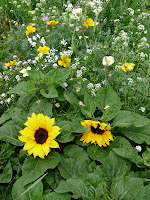 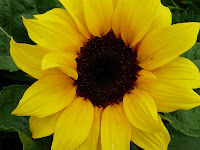 When I was in school they hadn’t even invented “geek” yet, those who fitted the bill (and I did) were referred to as “nerds” (and I was). And it was most definitely an insult. I was the studious type who followed rules, used manners and didn’t swear so the best I could hope for was when Michelle Rippingale said of me, “Debra’s kind of a nerd but she’s okay.”
Michelle followed up this initial comment with the affirmation, “Besides, it’s the quiet ones you’ve got to watch.” These words transfixed me because the idea of being mysterious far surpassed the reality of the fact that I was, indeed, up to nothing at all. It was the edgy kids, like Michelle, who were “cool.” A nerd could never hope for that kind of acceptance, it only happened in movies like Grease and Can’t Buy Me Love. Films that I devoured, as any nerd would, savouring for 90 minutes the fictional world where the whole high school ecosystem could be unraveled and somebody like me could get the guy and be gorgeous and/or sickeningly popular by the end of it.
Welcome, the internet, new information technology, Bill Gates and Steve Jobs, and the social structure of being a teenager doesn’t seem quite so hierarchical anymore. Of course, this perspective could be due to the dulling effect of viewing the system from the outside but the structure seems less rigid and the lower castes of “nerd” and “geek” have been somewhat elevated to “IT nerd” and “computer geek” where their sought-after knowledge and skills imbues them with an importance and acceptance that nerds of my time could never have hoped for. But it’s not limited to IT either, this new perspective on nerds has established itself in mainstream television too. Take, for example, Matthew Gray Gubler’s character of Dr Spencer Reid in Criminal Minds or Jim Parsons as Sheldon Cooper from Big Bang Theory. In my nerdy days, all we had was the annoyance of Steve Urkel who was designed to make us all cringe. The interesting difference between the nerdy heroes of the likes of Grease and Can’t Buy Me Love and the newer television manifestations, is that these modern-day nerds are also cool in their own right without having to change or pretend to be anything else.
When I went away to university, I broke away from the labels that had been assigned to me in high school. I shook off the dowdy cloak of nerd-dom and put on the cheesecloth and op-shop fashion of the broke environmental studies student. The luxury of going to university where I knew nobody and nobody knew me was that I could re-invent myself to my heart’s content. I was careful about it too—I tried to be honest with myself and others without being pigeonholed into a stereotype I wasn’t comfortable with. I was still pigeonholed, of course, but at least it was into a pigeonhole of (vaguely) my own choosing.
The luxury of age is that these days I don’t feel tied to or hampered by the labels, past or present, no matter how bad they may have seemed in my youth. I’m quite happy to be a nerd or a geek—although nobody could really accuse me of being an IT nerd, I did write the first draft of this post by hand, with a fountain pen. How old-school nerd is that?
Posted by Deb at 10:15 PM 2 comments:

I wrote the story below while I was in Edinburgh last year and the post I was writing about my garden reminded me of it so I thought I would put it up.

Strawbs
When Blue come back from the big smoke, ‘e was getting’ ‘round with a stick up ‘is arse. Mick said it was a pity it wasna sticka dynamite, we coulda really given ‘im a blast an’ it woulda served the snotty bastard right.
Blue ‘ad some big ideas these days, kept talkin’ ‘bout change. “Agricultural reform” ‘e called it as if ‘e gave it a big enough name, it’d make ‘im more important. That’s when ‘e decided we should all go organic. Mick misunderstood and got all huffy thinkin’ Blue had gone all queer and poofter on us,
“Wot-the-fuck did they do-ta-ya in th’ bloody city? Wotaya talkin’ ‘bout that kind of thing in the pub for? Me beer’ll bloody go flat, mate,” he tried ta laugh away ‘is shock.
“Nah, ya dozy bastard,” said Blue, “or-gan-ic, growin’ stuff without fertilisers and sprays. It’s big bucks in the city grocers.”
“Ah, sure,” Mick calmed down a bit, “but who’s gunna go ‘round and catch all the bloody locusts by hand? And howaya meanta grow anythin’ if you can’t spray for the little fuckers?”
But Blue ‘ad ‘is big plans and some’ow convinced ‘is old man ta let ‘im try a crop in the back block. Mick and me hadta laugh, we couldn’t help pitcha-in’ Blue out there in ‘is singlet and strides collectin’ up locusts to save ‘is precious patcha strawbs grown ‘orgasmically’ as Mick like ta say.
Posted by Deb at 3:53 PM No comments: